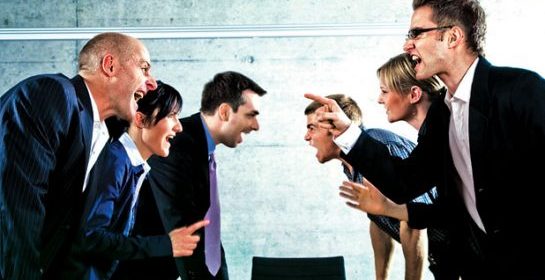 Almost daily, I see someone on Facebook, or other social media, re-fighting the 2016 Democratic nomination and concluding that if you don’t support their position you are not a true progressive. Unfortunately, this demand for ideological purity seems to me to have much more in common with the Tea Party than with a group of people who are supposed to recognize and celebrate diversity.

The attitude that seems to be continuing or possibly even growing, seems to be, “If you don’t agree with me on 100% of the issues, you’re not a true ___________(Progressive, liberal, Democrat, or whatever). I doubt very much that the people who regularly read this blog would agree with me on every issue. I know I don’t agree with everything everyone posts, but that’s okay. What I hope sets us apart from the Tea Party types is that we can disagree on a particular issue but recognize that there is so much more that we have in common.

I spent 28 years as an officer in the Army and Army Reserve, my Dad was a combat veteran of Korea, and my oldest son, also in the Army, was just was promoted to Captain. As a result, I believe in a strong national defense, not a position that gets a lot of support in liberal/progressive circles. However, I also believe in a woman’s right to choose, a person’s right to marry whoever they want, that working men and women are more important than corporations, that doctors and patients are a better judge of the best medical procedure than some politician, and that unlimited amounts of money are poisoning our political discourse. I will respectfully disagree with anyone who tries to tell me I am not progressive enough.

Recently, I have seen people attacking the Democratic mayoral candidate in Omaha because he had evidently voted at one point in his career for a restriction on abortion rights. The comments I saw all over different social media platforms all seemed to be making comments along the lines that no one could be a progressive if they were anti-abortion. The first point I would make is that a candidate’s personal beliefs don’t automatically translate to the way they will legislate. I could have a deeply held religious belief that abortion is wrong but I should recognize my personal belief should not be imposed on others who don’t share my belief. That, to me, is a progressive attitude.

The second point I would make is that people can change their minds on issues as the gain more knowledge and experience. When I was younger, I was in favor of the death penalty and was opposed to the use of medical marijuana. After I retired, I did some volunteer work for the Innocence Project. That experience changed my attitude on the death penalty. Along the same lines, when I ran for the Iowa House in 2016, I met and became acquainted with several people who had benefitted from the use of medical marijuana, either for themselves or a family member. This new knowledge and experience changed my position from that of a somewhat apathetic opponent to a passionate supporter of medical marijuana.

To me, the most disturbing aspect of this constant sniping at each other is that if plays directly into the hands of the far right. When we tear each other down, or tear down our candidates, we are doing the right’s work for them. During the campaign, I saw people posting all over social media that they would refuse to vote for a particular candidate because, “The lesser of two evils is still evil.” Before I went in the Army, and during the time I was on Reserve status, I worked as a police officer, spending about 14 years as a detective. I was the lead detective on somewhere between 2,000 and 3,000 felony cases ranging from vandalism to murder. I have seen evil up close and personal and I can tell you that none of our 2016 presidential candidates were evil. I think you can also make a philosophical argument that less evil is better than more evil. Every person who either didn’t vote or cast a protest vote because their preferred candidate didn’t win needs to ask themselves the following question, “Is our country in better shape with Trump as president?” I think we all know the answer.

In conclusion, I hope we all can grasp that the 2016 election is over and we need to decide whether it’s more important to rehash the past or move on in order to try to influence the future. 2018 is just around the corner. We need to maintain our passion and concentrate on the upcoming Congressional, Gubernatorial, and state legislative races. On a local note, I never thought I would see the Iowa that I grew up in and love descend into the abyss that we are currently teetering on. My greatest fear is that we will continue to attack each other rather than concentrating on the heartless policies enacted during this legislative session by the Republicans. We cannot afford to let them divide us and we certainly should not do it ourselves.